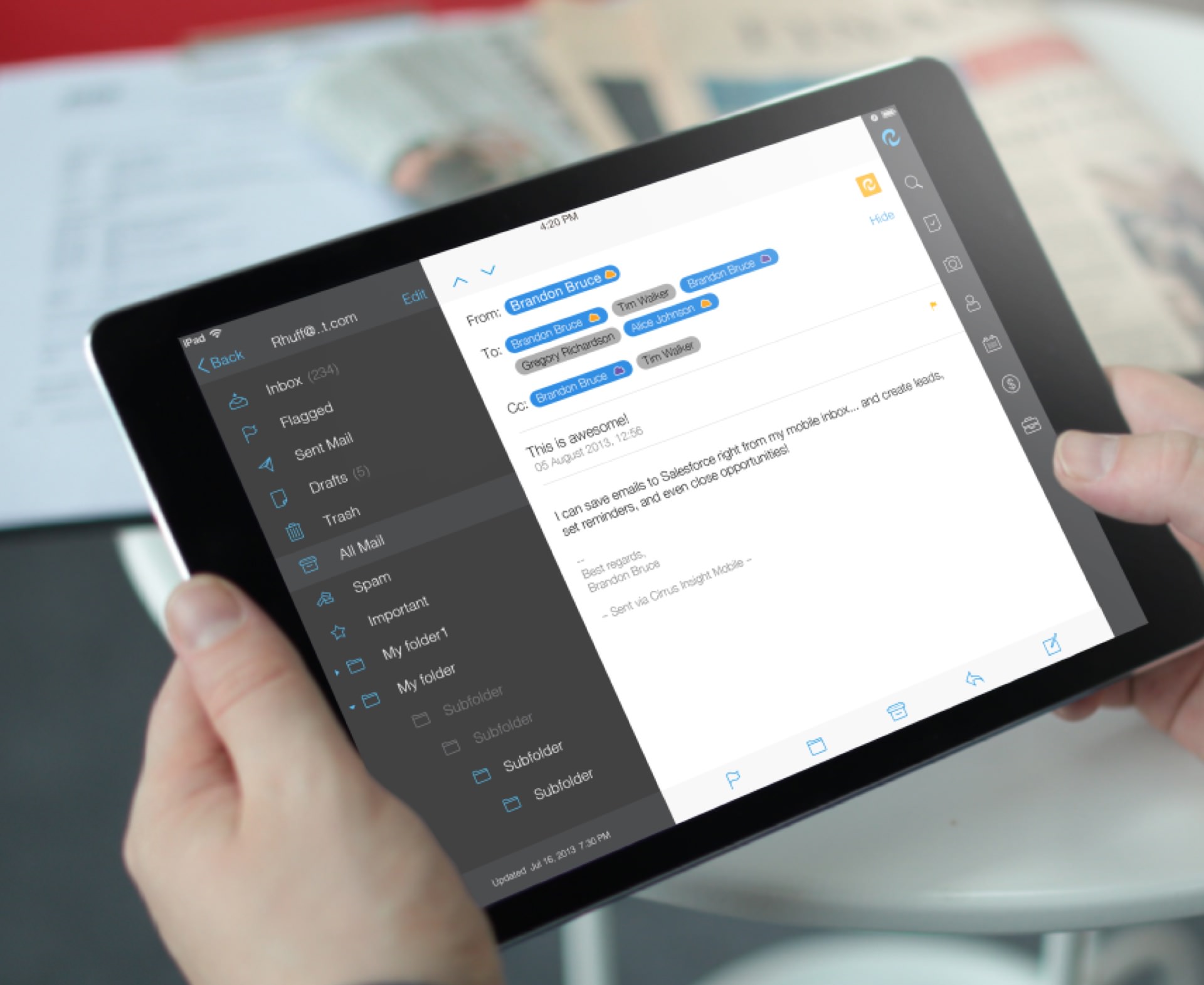 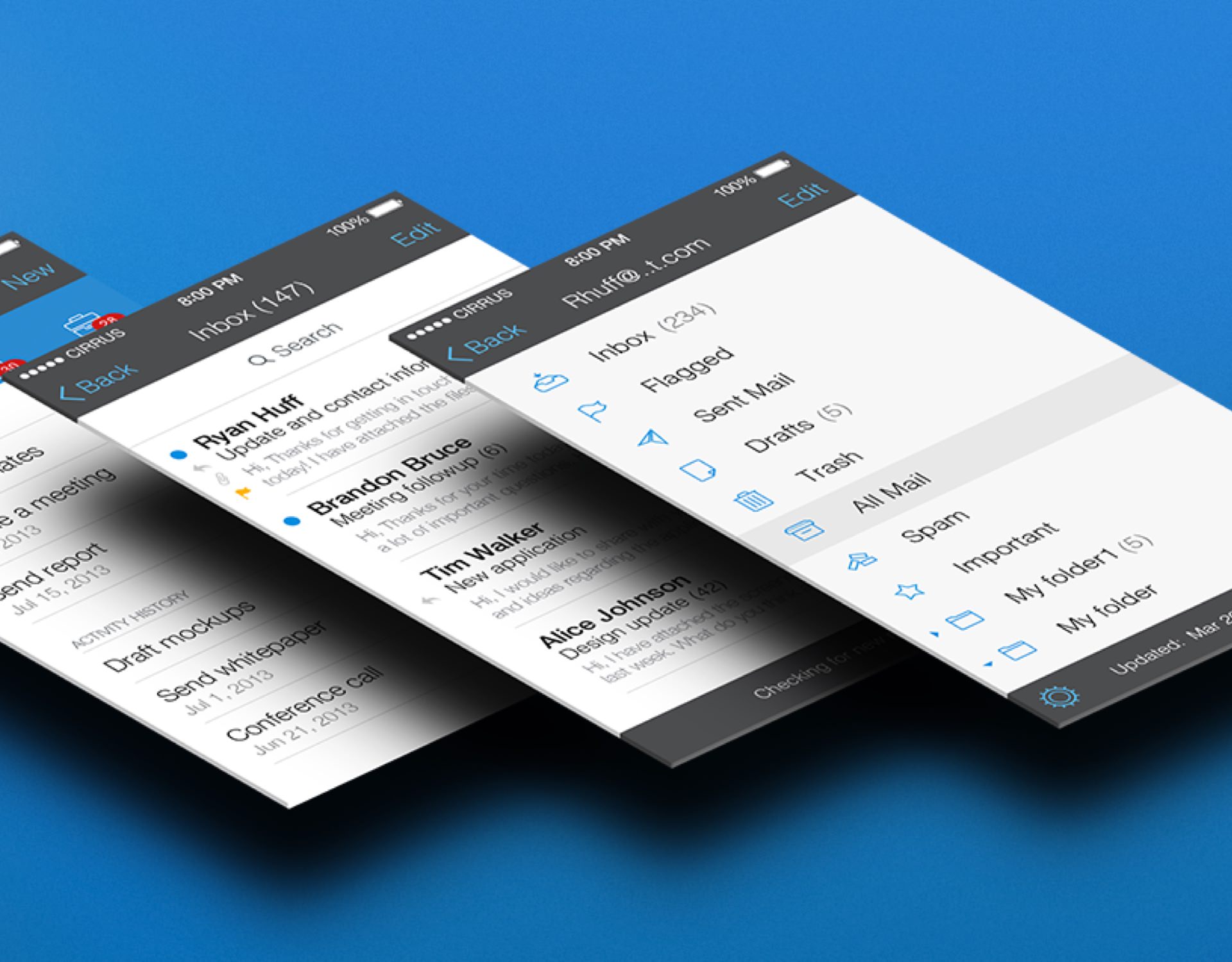 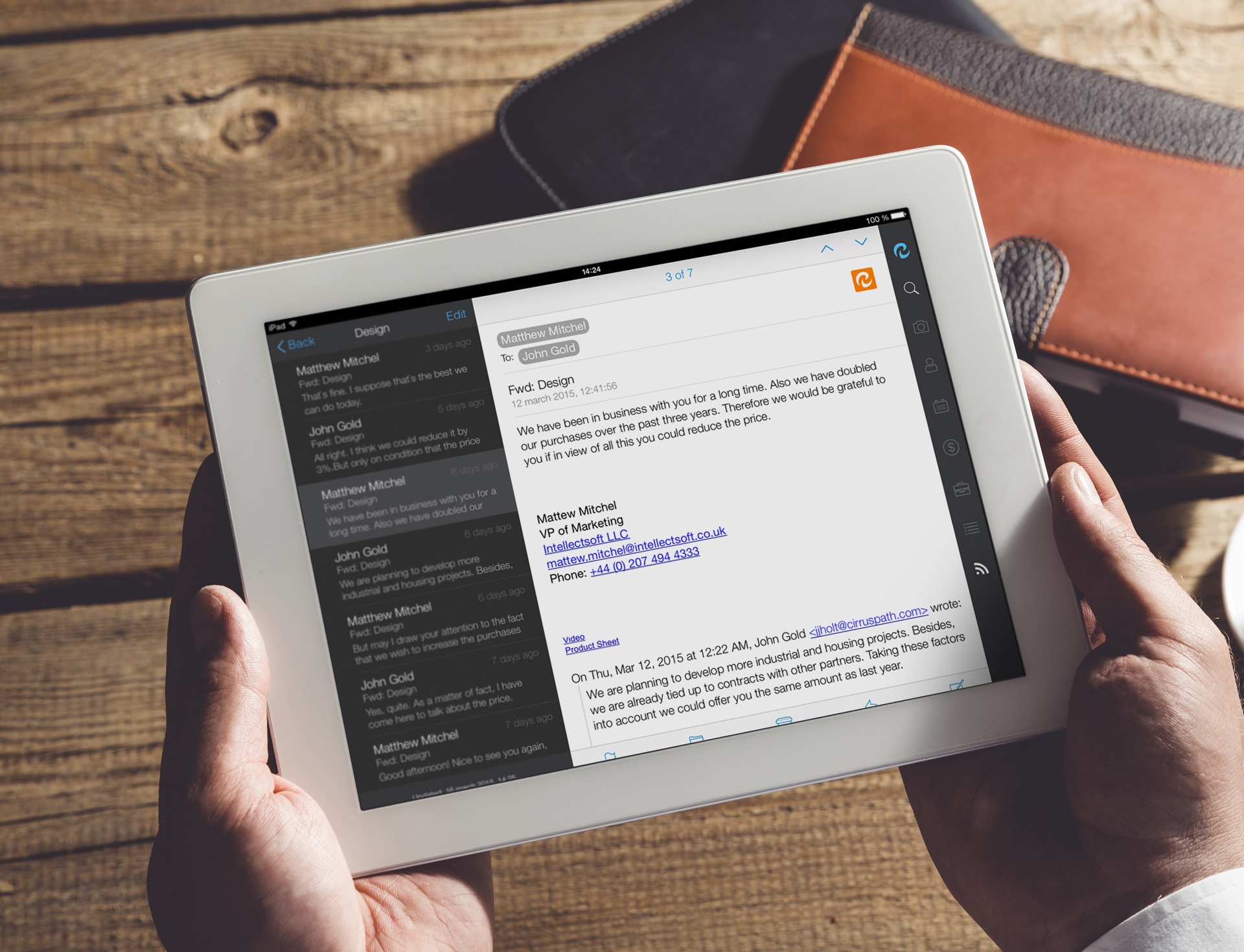 Having enjoyed significant success with their Cirrus Insight sales tool, their customers had come to rely on a range of features with a high-level of functionality. Cirruspath reached out to Intellectsoft to develop a mobile application that would extend the capabilities of their Salesforce integration to the iOS platform. This would require a team to develop an application programming interface that retained existing features as well as optimize additional functions.

To re-create and enhance the capabilities of Cirrus Insight, the mobile application would come to include 60 screens, which represented an unusual level of complexity. Careful attention had to be paid throughout the development process to ensure that the navigation and user experience would not be compromised in any way.

A team of nine developers created a full-featured mobile email client with built-in, advanced CRM functionality. The app was entirely native with communication to the Cirrus Salesforce-integrated platform via a private API.

The application was initially released to support iPhone and was followed soon after by iPad support. The final version, like the web version, offering multi-language support and compatibility with all email systems.

This initial project was completed in 2013, but it was the beginning of an ongoing mobile development relationship that continues today. With the new mobile version of Cirrus Insight, Salesforce users were able to view, add, edit, and update Salesforce from anywhere using their iOS device. The tool has proved indispensable to sales teams for the generation and management of new leads and contacts. As a result, the Cirrus Insight mobile app is now the highest rated app for integrating Salesforce with a user’s email inbox.

Watch a Video Review From the Client

Tell us about your project

Thank you for your message!

We will get in touch with you regarding your request within one business day.